I don’t know about you, but before joining the Society Camp ranks, I was pretty damn sick of my 9-5, as you all should be, because they suck your soul out in exchange for money and shitty coffee. But one thing that is not okay, is making work sick.

Some of you may have noticed by now that I’m a fairly crotchety fellow on my best days, and often infect any place of work I attend with negative attitudes. And that is okay, because we all need a healthy dose of negativity to make sure we don’t become that insufferable asshole who shows up to work on Mondays with a smile on his stupid face. And also, people at work do disgusting and inconsiderate things that they deserve to be called out on and mocked incessantly for. But no matter how annoying, stupid, ignorant or joyless your colleagues may be, they don’t deserve your cold or flu. On second thought, most of them probably do, but for the sake of this discussion, you shouldn’t pass on your viruses and germs onto colleagues, no matter how many times they irritate, and test, every fiber of your moral and ethical being. 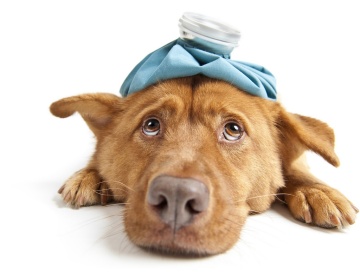 I once read that doctors don’t take sick days, because of some oath of hard work they secretly hold themselves to. Now I’m not a man of science (I believe in it, it’s just that my experience/interest in the field peaked at the Bunsen burner), but I’m thinking that the last place one should bring their sicky germs into is a fucking hospital, considering that even the weakest of colds could pretty much kill 80 percent of the ICU. And that ethos of sickness loyalty that doctors live by, seems to also infect the common cubicle monkey, who sees fit to show up to work with snot-filled nostrils and hate-filled hearts. Some people don’t get sick days, or maybe are scared their managers will think they’re faking, and in those instances, I blame shitty, unethical and unsupportive work environments, and to a lesser extent, you weak-willed individuals who don’t want to stand up to The Man. 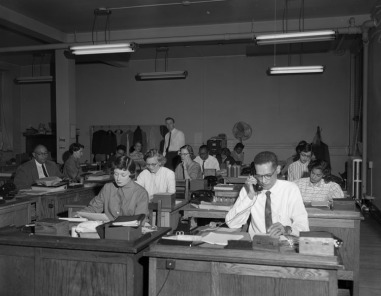 So unless you’re a smoker who has a disgusting hack that is more rooted in bad life choices than it is an infection trying to spread itself among the masses, don’t show up to work with a cough, runny nose, the chills, and all the other shit (literal and figurative) that should be confined to your bed and porcelain collection (what fancy Brits call their shitters).

I get that some people rather take a sick day when they are feeling great so they can go golfing, and that coming into work sick ensures that you get to save those precious sick days for hooky shenanigans. But now you’re just making other people eat into their sick days, or just forcing them to become the asshole that comes to work sick.

You should also never feel bad for taking a sick day, if you have them, no matter how much of a shitbird your manager may be. Because guess what, when you find yourself fighting with the wallpaper on your death bed, you won’t be thinking, damn – I should have worked more, but rather the exact fucking opposite. Take the sick day and enjoy it on your couch watching the Price is Right, which in case you haven’t seen it in a while, is the exact same show form your youth, but is now hosted by a life-like and human-sized Dilbert.

In the name of transparency, I should add that I came into Society Camp today and wrote this while disgustingly coughing my innards all over my keyboard and general surroundings, but to be fair, most people here on our campgrounds deserve whatever my body chooses to inflict upon them. The perks of being the Director, and a vindictive one at that.

Sentence: Anyone caught coming to work sick (anything runny, coughing, phlegm, infectious etc., not like jaundice, which is work kosher) will get however many days they came into work sick as their sentence. If said person works somewhere that doesn’t have sick days or has a manager who poo-poos them, their supervisor or big-boss will serve the sentence for them, while sick (we will make sure you cough all over them before they make the trip).

Reform Punishment: You will spend your sentence cleaning up the Society Camp bathrooms after our end of month staff parties catered by our local Chipotle, where everyone gets extremely sick on account of too much tequila and the guaranteed E.coli outbreaks born out of every carnita bowl. I also instruct the staff to throw caution, and good hygiene, to the wind, so bring a literal tonne of bleach and hope to god your nostrils are still congested.