Society Camp is a lonely place, and not lonely in the sense that there aren’t lots of people around, because there are, but more so, because all those people are awful and spending time with them makes you a worse person. So for the most part, as the Camp Director, I have a lot of time time to kill in-between administering reform punishments, and that mostly involves Netflix, alcohol, and a healthy amount of introspection. All that to say, I’ve been watching a shit-tonne of Shark Tank, where mostly fake millionaires, and Mark Cuban, make investments in ideas/entrepreneurs that probably never come to fruition once they’ve combed through the numbers and realize that all people trying to raise money are filthy liars. 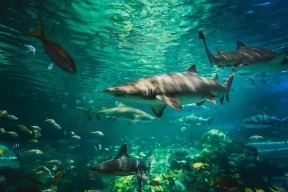 The sad thing about Shark Tank is that it gives people who watch it this feeling that anything is possible if you set your mind to it. And to be clear, that is not true. Hope is more dangerous than heroin, and don’t forget it. Most things are not possible, regardless of your efforts and dedication. It’s like that movie Rudy, where they try and convince you that an actor who played a hobbit during the height of his fame, was able to make a historic college football team on nothing but sheer determination. In reality, he played one play and did not get a sack as portrayed in the movie. His teammates probably hated him and he most likely is now experiencing crippling brain damage on account of all those practices and all that grit.

All that to say, most people who start a business fail miserably and lose all their money, and maybe even their friends and family (silver lining, I suppose). And guess what, that million dollar idea you had that one time, is utter garbage, and would only cost you a million dollars. So with that, I’ve invited a guest blogger onto our platform, not to serve as inspiration, but more so as a stern warning.

Today we have Mitch McLintock, an entrepreneur/restaurateur with over 30 years of experience and not ONE successful establishment to show for it. Mitch is an idea man, in that he has lots of horrible ideas that no sane person should ever invest in. I’ve invited him to share some of his new restaurant concepts that he’s currently seeking investments for, so that he can serve as inspiration for you to never try, at anything, ever. With that, let me introduce you to my friend (in the absolute loosest sense of the word) Mitch, whose only somewhat successful restaurant in that it actually opened, was that Mars themed one in New York, which has since closed and lost all those involved, including Mitch, an insane amount of money, because building a fake Mars themed joint was not cheap. Mitch is going to share some of his new ideas with you, so you can see firsthand that even a somewhat successful entrepreneur (in that he had lots of inheritance to lose) is no one to aspire to.

What a treat it is to be here today to share with you some of my new and exciting restaurant concepts that are sure to change the world and make all those who invest mega, filthy, slobbering rich. Should any of the below ideas tickle your fancy, please email me at RestaurantGuru@hotmail.com. I guarantee that owning a restaurant is simply THE BEST way to make friends. There is no better feeling than walking around, seeing regulars, who become kinda like family, and comping them meal after meal after meal. Sure you may not necessarily make actual money, and your staff may secretly talk about your chronic dandruff and your penchant for low wages without proper benefits, but you own something, kinda. It’s mostly owned by the bank and successful landlords, but hey, I never directly pay for a fucking burger, like ever. So let me wet your appetite and loins with some of the frothy ideas coming to a street corner near you!

Cracked Pepper: Picture it, a well-appointed, classy joint. Soft lighting. Servers in black vests and crisp white shirts. Ironed linens and actual silverware. And most importantly, more varieties of pepper than Baskin-Robins and their bullshit ice cream lies has to offer (I’ve never seen more than like 10 flavours there). At Cracked Pepper, pepper is what we do, and we do it well. Every table is equipped with a flight of pepper, with varieties from around the world. Not only that, but let us delight you with our 25 foot pepper mill, filled with our pepper of the month, and carried out by 15 people, one of whom is hoisted 25 feet up by a small crane to the top of the mill to crack that pepper. Not only that, but whenever a patron utters the words “cracked pepper” pepper rains down from the emeregency sprinkling system and just covers the joint in pepper. It will just be everywhere.  Sure the sprinkling system no longer works for actual fires, but imagine the heavenly aromas of pepper should a fire ever ignite! 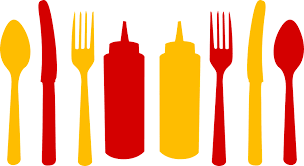 My Condiments to the Chef (Editor’s Note: that name is trademarked because it kicks ass): The only reason I eat food is to cover it in condiments. If I could sustain myself on nothing but hot sauce, mustard and aiolis, I would. At My Condiments to the Chef, you bring your own cooked, but unseasoned, proteins and sides, and pair them with a selection of condiments and sauces from our world-renowned buffet that has zero food items. All condiments, all day. No expense will be spared in ensuring that condiments and sauces from around the globe await your palate.

Standing Room Only: I think this may be my ticket to money-town. Imagine a place so packed, that there is nowhere to sit, and that is mostly because there will be no seats. Standing Room Only brings the standing desk revolution to the restaurant forefront. The line-up outside, which we imagine will be insanely long, will include seats, but the moment you enter the office/cubicle inspired decor, you will be standing, all night. Tables of up to 10 will be available, so even large groups can experience the joy that is slightly improved digestion and sore feet. The food probably won’t be great, as it doesn’t need to be, because the concept is just that good.

Thank God It’s Not Friday: Most restaurants are all about that Thursday to Sunday business. They are defying Loverboy and working ON, and not FOR, the weekend. I think this is all backwards. At Thank God It’s Not Friday (TGINF), we will be closed on weekends, because a restaurant looking to compete with other places with good food etc. is a lot of work. At TGINF, we want to become the go-to Monday and Tuesday night hot spot. Because who doesn’t love going out on a Monday?

Hot Dogs: We all love hot dogs, but we won’t be serving them at Hot Dogs. No, we actually won’t be serving anything except fun. At Hot Dogs, we encourage patrons to bring their dogs, and enjoy a night out with friends. Most restaurants poo-poo the concept of dogs, mostly because of poo-poo, and other stupid regulations aimed at crippling liberty. At Hot Dogs, we’ve gotten around the whole no dogs at establishments that serve food, by, wait for it, not serving food. That’s right, we bring you all the fun of a restaurant, such as the shitty service, the dated decor, and the long waits, just without the food. You essentially pay a cover to sit at a table for an hour or two with your dog, but in a restaurant setting. We may be able to serve drinks (non-alcoholic) but we are still awaiting confirmation. Your dogs will get water though.

Ride the Wave: Every year, the resto biz as we call it, gets more and more complicated. Deep fryers that use air, boiling shit in plastic bags, point of sale machines that need a weekend seminar to learn, and the list goes on and on, of all the various gadgets shoved down our pie-holes with the guise of making food better and more hip. At Ride the Wave, we’ve simplified how we make your food, an unpretentious experience that everyone can relate to, as everything is cooked exclusively with microwaves.  To be clear, we won’t use fancy microwaves that crisp shit up, but like old, radiation seeping microwaves. Imagine eating the best steak of your life , and it was cooked in a fucking microwave? Yeah it’s hard to imagine, but we have confidence that after enough trial and error, we’ll make a somewhat edible steak, in the microwave, in that it will be edible. We will change the way you look at microwaves, and have you calling them macrowaves in no time (economics joke). 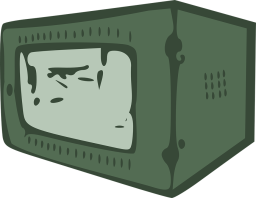 I could go on, but you get the point, I’m kind of a restaurant genius hell-bent on innovation. You could be a part of this, join me, in my restaurant rEVOLUTION.

Please don’t join him. This guy has declared bankruptcies more times than Trump. You get the point, ideas and people who have them are stupid. Just collect a paycheck and spend part, or most, of your workday on the internet reading this blog so you can avoid an eventual stay at Society Camp.

Sentence: Anyone caught trying to become some self-made millionaire or innovator trying to change the world, will suffer more than enough after they lose literally everything they cherish…so you’re good, you get a pass.

Reform Punishment: A lifetime of failure, misery, and endless condiments with expiring shelf-lives. 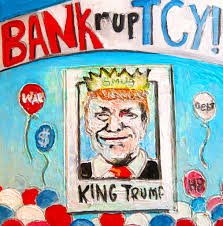