Many people throughout the world fight a daily struggle to obtain clean drinking water. It’s literally the most important liquid on earth, the life force for anything that requires oxygen to live (cue getting an email from some nerd letting me know about a dry land crab that only requires the sun to live). Where I live, we are fortunate enough to have fucking taps that spit out the most delicious drinking water you could imagine. Especially now, as winter approaches, the pipes are cold and that water comes out like chilled spring water direct form a glacier. So you can imagine my horror at the resurgence of Gatorade as many people’s go-to hydration tool when not actually doing any physical activity. Don’t even get me started on their “Is it in you?” slogan. It just makes them sound like some dude with a micro penis and low self-esteem. 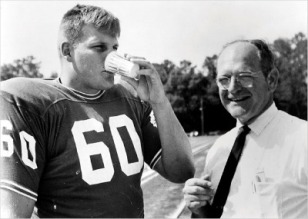 In 1966, the Florida Gators, who the year before had begun using a scientifically formulated carbohydrate-electrolyte beverage designed specifically for them, won the Orange Bowl. Word about the drink that propelled them to greatness began to spread, and Gatorade (get it, it aided Gators) was put on the map and began its stronghold on the sports drink industry. Most people do not need Gatorade when playing in a rec soccer league. They need water and maybe some orange slices if they want the nostalgia factor. Walking on a treadmill for 30 minutes, or going on a Sunday bike ride, do not require you to drink a “sports drink”. No science will replace the benefits of just drinking water when dehydrated. Sure, some extreme athletes that are draining their body of salts and other shit, probably need some sugar and electrolytes and all the other things the body goes short on when running up a mountain for 3 hours. But for the average person going for a jog after work, water will work just fine. It has a proven track record, after all. Need an extra boost, eat a banana. Half the time when you see some athlete, a real athlete, not you playing squash with your uncle, drinking out of some Gatorade cup, it’s still just water in there. The best is when Coke sponsors sporting events like tennis, and you see players taking sips from Coke cans when changing ends. There’s no way, when playing in the dead of Australian summer, that you’d be consuming a carbonated beverage so vile that it can strip nails of rust. 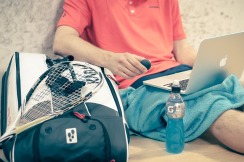 But what makes Gatorade consumption even more baffling is people that just drink it willy-nilly, even when not engaged in some underwhelming physical feat. I can understand people being stupid enough to believe that drinking Gatorade will make you a better athlete or is essential in recovering from an intense game of badminton, because people are, for the most part, stupid. But these people that are just drinking Gatorade for the sake of simply consuming liquid in the hopes of not dying from dehydration are just too dense to save. Just because it’s called a sports drink doesn’t mean that it’s actually healthy. This dude once told me he drinks Gatorade over water because water is for pussies. Those are the type of people drinking Gatorade on the regular. And like, a lot of other people, the whole spectrum really. I see them buying cases of it at Costco. Mike Judge was painfully accurate in his depiction of the future in Idiocracy.

And here’s the thing, if you’re going to have the occasional sugary drink, or you know, replace all water consumption with it, why on earth would you choose Gatorade? It doesn’t even taste good. Sure we can all enjoy the memories that come with drinking the shitty ‘Orange Flavour’ or the more modern ‘Cool Blue’ versions of Gatorade, but at the end of the day, they still taste like shit. There are literally thousands of other beverage sold in bottles and cans that I would choose over some shitty, sugar filled ‘health drink’ invented in the most racist, melanoma filled state in the United States (sorry Arizona, better luck next year). Soda may be killing us with diabetes and a litany of other ailments, but at least it tastes delicious and isn’t trying to brand itself as healthy (well I guess Coke is, but no one actually believes their lies, where as they do Gatorade’s). 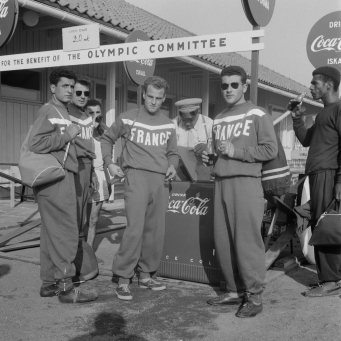 Reform Punishment: During your stay at Society Camp, you will be forced to run on a treadmill the entire time, only stopping to take re-hydration breaks, which involve drinking a thick gravy. Once done the session, you’ll only be able to shower off all the sweat, and gravy vomit, by taking a ‘Cool Blue’ Gatorade shower. But jokes on you, we’ve replaced the ‘Cool Blue’ with antifreeze, but even though it does taste better than its Gatorade doppelgänger, don’t drink it or you will die.

The only time that it’s okay to drink Gatorade is when hungover, not because it works better than water at curing you, but rather, as a punishment for drinking too much. The sense memory of the vile Gatorade taste should kick in the next time that you’re about to order that sixth pint, saving you from another crippling hangover. 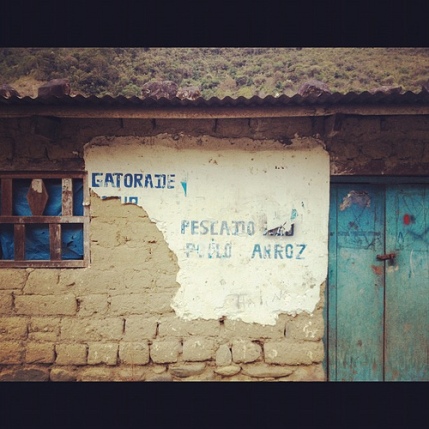