Usually when people open their mouths, annoying words come out of them. But on occasion, the words are replaced with obnoxious air in the form of a yawn. Yawning is a biological necessity, I get that. It’s the brain needing more oxygen or something (I was too lazy to Google the specifics), it doesn’t actually mean you’re tired. Regardless, it’s something we all do throughout the day. Just some of us do it with more gumption and general douchebaggery than others. Some people want the world to know that they’re yawning, and have developed a go-to style or sound to accompany the passage of air to the brain. These people are terribly annoying.

I used to know this one guy that whenever he’d yawn, he’d make a sound like Chewbacca. At first it was funny, but by the second time around, I’d had enough. There is no way that sucking air into your stupid face requires that kind of sound. Or any sound really.

But yet, people of all shapes and sizes make various strange noises when yawning, when really, the only thing required of you is to cover your damn mouth so I don’t see your innards. Is there anything more gross than that dangling thing in the back of your throat, the uvula (Googled that one)? It’s like throat balls. No one wants to see your throat balls, so cover that shit up.

And then there are some people that really like to lay the yawning bravado on thick, to the point where they start to throw in arm movements and extra expressions for their face. You don’t need to extend your arms while yawning like you’re a gymnast who just stuck the landing. And you certainly don’t need to aggressively close your eyes, making the scene more melodramatic. No one is giving you a Golden Globe for the emotion with which you yawn, so cut that shit out. 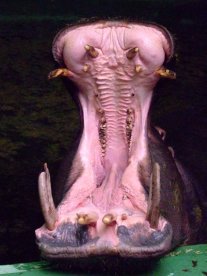 The only time it’s okay to make a yawn noise with the accompanying exaggerated face expression and arm theatrics, is when trying to leave some lame dinner party. You’re at that stage of the night where clearly you’ve run out of stuff to talk about, the food is done, the wine all but dried up, but people are still lingering about and making contrived small talk. There is only so many times we can talk about the same Jon Oliver bit, let’s wrap this shit up. The yawn is your segue to freedom. It sets the tone for your partner or whoever, to point and be like “we should probably run, Mitch is beat, just look at him yawning over there, and we have to get up early for (insert some made up reason here)”.  Also, since yawning is contagious (or so science tells me, and by science, I mean random people I’ve talked to throughout my life), it makes other people at the party yawn. Eventually, everyone thinks that they’re tired, when really, they’re just feeding off of my fake yawning and their brain’s desire for oxygen. But they don’t know that. You’ve literally just infected the party with a faux sense of tiredness and have become a societal wizard in the process.

Sentence: Anyone caught bolstering their yawn with noises, arm extensions or a face more stupid than their usual one, will be sentenced to a half-day at Society Camp.

Reform Punishment: You will be placed in a room with a bunch of yawning babies. Anytime you yawn, which will be often thanks to the contagious properties of a room full of yawning babies, we will spray vinegar in your mouth. That’s all we could come up with. One of the Society Camp councilors thought fart spray would be better, but the room will be filled with babies, so it should be plenty fart filled. We imagine by the end of the session you won’t be yawning. Do we worry that the sense memory of the vinegar will make you avoid yawning all-together for the rest of your life, depriving your brain of essential oxygen? No, that is more something you should worry about. Just avoid yawning like a dipshit and you won’t lose the privilege. The only time it’s okay to make sounds when performing a biological function is farting, because you can’t really control those sounds and also, they’re hilarious. 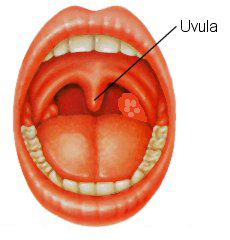