Many apps and social platforms currently exist that allow you to share all the pictures that chronicle how happy you supposedly are and how good you look in a 2×2 pic with a black and white filter and soft lighting. Those apps exist specifically so you don’t have to subject every single person you know with pictures that most of us couldn’t really give a shit about. For those that want to creep on the mundane moments of your life, the platforms exist for them to do so. And for those of us who could care less about your seventh trip to a Mexican resort, we can choose to ignore or unfollow you. Oh man, where did you come up with the idea to take a point of view picture of just your legs while lying on a beach? Almost as bad as that stupid heart-shaped hand thing people do around sunsets.

People’s vacation pictures, wedding pictures, baby pictures, you know, the full spectrum of what people choose to point and click cameras (phones) at, are pretty much all the same, just with different faces. I don’t even look back over my own pictures, so why on earth would I do it for other people? 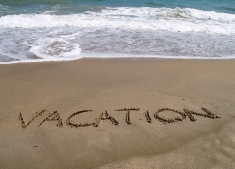 People who are just trying to convince the world that their love, work and family life are literally picturesque, even when their partner is a cheater; they’ve been in the same dead-end job for years; and their parents are a bunch of filthy racists.

Most of our lives are not perfect, that’s life, but if we took pictures as the only barometer of happiness, we’d all be pretty fucking hunky-dory. So needless to say, I hate slideshows. And you’d think with the death of actual slides and projectors, we’d all be free from the agony. But no. Thanks to rudimentary PowerPoint skills and user-friendly video editor programs that are enabling this addiction, people can now, more easily than ever, make stupid slideshows and jam them down our stupid throats. To make matters worse, thanks to our modern times, they are all accompanied by shitty music, because only a Creed ballad could possibly make such a vile act even more heinous.

While at a cottage recently, a couple I didn’t even know, decided that it’d be a good time for them to plug their laptop into the big screen and show us their wedding pictures. This wasn’t an optional viewing, this was them infiltrating a group of people sitting in a living room, watching TV, and just going for it. So I was stuck, as I couldn’t just get up and leave, that would be “rude”.

I had to bite the bullet for what I figured would be a 5 minute montage of their best pics, set to one song, which was already miserable enough in theory. But fucking no. This was them just going through an entire folder of wedding pictures. They hadn’t even organized it, so some of the pics were just the same ones with slightly different angles, over and over again. Reminder, I didn’t know these people, and even if I did, this was not okay. And instead of shitty accompanying music, this asshole was just talking about every fucking picture. “This is my uncle Tim”. Oh really, that’s Tim, the guy I didn’t even knew existed two minutes ago. I’d estimate the whole process took over an hour. A whole, fucking, hour.

There are times where it’s somewhat okay to have slideshows, like a background video at a wedding reception, where people can walk up to it and look for two minutes before leaving once they realize they are looking at pictures of two people’s intimate moments. And parties for birthdays, anniversaries, retirements, a short slideshow is acceptable, as long as it’s curated and tight (like three minutes tops).

And give people an out, don’t force them to all stop what they’re doing simply to sit silently and watch something that is more painful than the Academy Awards. Sitting people down to go through every fucking picture you took while in Italy is not okay. I have Google, I can look up pictures of the Colosseum, and ones that weren’t taken on a first generation iPad.

Sentence: Anyone caught inflicting a slideshow (no matter how ‘polished’) longer than 5 minutes on a captivated captive audience, will be sent to a full day at Society Camp.

Reform Punishment: We will sit you down in a dark room and have a parade of retirees who now spend their winters in Florida, show you their slideshows. It will literally be an endless bombardment of pictures of various old people who you don’t know, sitting on wicker furniture, and the occasional one of them sitting around breakfast tables toasting glasses filled with orange juice. Any remotely exciting pics, like an alligator on a golf course, will be removed and replaced with more wicker furniture shots. Each slideshow will be narrated by the picture taker, who will spare no detail in letting you know who’s in the pic, and what their grand-children are like. 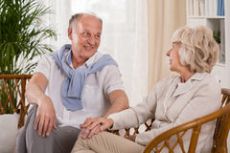